Flying Cars vs Autonomous Vehicles – Which will win the race to dominate urban mobility? Part 3 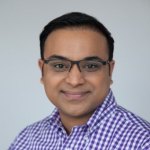 This is the third in a series of articles published ahead of a debate I’m moderating between François Auque of Airbus Ventures and Jason Ball of Qualcomm Ventures at the GCV Symposium in London on the future of urban and inter-urban transportation.

The articles will be combined in a special Global Corporate Venturing report on venturing activity across the gamut of technologies and business models that are advancing “urban air mobility”, a phrase I first heard from Francois’s California-based colleague Thomas d’Halluin, who runs Airbus Ventures’ US office, and who I interviewed in a previous article.

Please contact me if you’d also like to participate in the symposium and/or contribute to the report.

Each of these three venturing units (GM Ventures, Qualcomm Ventures and JetBlue Technology Ventures) is actively monitoring the autonomous vehicles and flying cars investment scene. General Motors’ (GM) $1bn acquisition of Cruise Automation – which had been backed by Qualcomm Ventures – put GM in the driving seat of future vehicle autonomy and provided a good exit for Qualcomm Ventures. As the venturing unit of a leading independent airline, Jet Blue Ventures is predicting and readying itself for what Singh calls a “dog fight involving commercial planes, connected AV [autonomous vehicles] and flying cars.” Lauckner, Jain and Singh expect autonomous ground-based vehicles to succeed more quickly than flying cars. Their thoughts on this debate are reported below:

What technology factors will be decisive for autonomous vehicles over flying cars?

Varun Jain (Qualcomm Ventures): Flying car companies are still at a very early stage. Most of them are still figuring out the right kind of propulsion systems, batteries and safety technologies etc. On the other hand, autonomous vehicle technology is much more mature on a relative basis.

Jon Lauckner (GM Ventures): Autonomous vehicles require more cameras, sensors, advanced software and algorithms and more processing power than current vehicles have today. The foundational technology for autonomous vehicles is already on the horizon and involves the step-by-step development and integration of a system that is at least as capable and reliable as human drivers. Flying cars (or flying pods) will need to, for many years, intermingle on roads with vehicles of all types. As a result, a flying car requires the capabilities of both an aircraft and a car, including some level of crashworthiness protection when it is driving on roads, which drives significant compromises to be efficiently designed for either task. There are also other factors that we take for granted in ground-based vehicles that are much more critical for flying cars or drones. For example, overloading a vehicle with luggage is not an overwhelming concern for an automobile whereas a flying car will require more stringent weight and center of balance considerations.

Where will competition be most intense between flying cars and AV (autonomous vehicles)?

Raj Singh (JetBlue Technology Ventures): For the urban market, there is no doubt in my mind that AV will win over flying cars, but I am talking about connected AV. The city will have to know where everyone is and what people are doing so that autonomous vehicles can be run optimally. Otherwise, AV will not impact congestion. It is in the market for short haul flights where there is going to be a dogfight involving commercial planes, connected AV and flying cars or “air taxis”. For example, I am talking about LA to Las Vegas, which is typically about a $250 flight. We believe that it is this type of regional transportation that will be disrupted by both AV and flying cars or air taxis. And we are investing so that we can understand how it might impact strategy accordingly and it is an area we are watching very closely. Who will win the dog fight? Urban air taxis will be faster than autonomous cars and maybe slightly faster than commercial flights because if they are flying fewer than 20 people they will be exempt from the TSA regulations [over liquids on flights for example, which increase the overall door-to-door travel time]. In the US, there are close to five thousand small airports they could use so they will not have to build that infrastructure from scratch. But to win local consent, air taxis would have to reduce noise and pollution, which is difficult, but doable as engines get quieter.

What are the regulatory advantages that will promote AV over flying cars?

Lauckner: Ground-based vehicles are much farther ahead from a regulatory standpoint than flying cars or drones …

In the US, Federal Aviation Administration (FAA) regulations require a “pilot in command” for all private and commercial aircraft.  Obtaining an FAA license for a private aircraft requires extensive training and certification. So, the flying car market will be very small if extensive training is required for every potential “pilot/driver”. For drones, the FAA currently requires them to be less than 25kg, fly no higher than 122m and remain in line-of-sight by an operator.  Until those regulations are changed, the market for autonomous drones that could carry people and cargo (other than small packages) is stalled. For ground-based vehicles, several US states have already adopted regulations that allow the development and testing (but not deployment) of AV on public roads with a backup “safety driver”.

Jain: I am an optimist and I think it’s possible that we will eventually figure out all the technical challenges in enabling flying cars but then there’s also the issue of regulation. Having seen the slow movement of drone regulations, I think it could take a while to convince the regulators about the safety and reliability of flying cars. As far as autonomous vehicles are concerned, we are seeing that several states in the US are already offering access to trials on public roads and companies such as Cruise Automation (disclaimer: Qualcom Ventures was an investor; acquired by GM last year), Waymo, Uber and others are, able to significantly accelerate their progress because of the same.

Singh: There are lots of “experimental” autonomous vehicles on the road in California today and regulators are ok with this. But there are no experimental flying vehicles because the dangers of an accident are too great. I am not saying we will not see flying cars going mainstream. I think regulators are more open to this than we think and it will probably happen outside of the US and Europe first, in maybe India, China or the Middle East, where governments will be more ambitious.

What are your final thoughts?

Singh: Ultimately, I believe the bar is much higher for flying vehicles than it is for AV. This is for the simple reason that lifting a pound of weight is always going to be harder than making it roll.

Jain: For reasons of regulation, technology and support infrastructure, I believe that autonomous vehicles will come first and flying cars second.

Lauckner: Americans drove ground-based vehicles over 3.2 trillion miles in 2016.  So, it is pretty clear that the bigger market in the near-and medium-term for autonomous technology is ground-based vehicles.  At the same time, it is likely there will be new types of mobility enabled by air taxi services and, in some cases, unmanned flying vehicles or drones – but, due to regulations, design challenges and practicality, flying cars are unlikely to address a significant portion of the mobility market for a long time.